Welcome to the first edition of our week two blog.

After a late arrival on Saturday evening, the gang were up and eager to go on Sunday morning to visit our children at church.

The walk down to the church was a muddy one since it had been raining heavily through the night and most of the morning. Rain in Uganda is really heavy since we are on the equator, it has a tropical climate. The rain is so heavy it bounces straight back up from the floor. It can take the mud roads a while to dry up.

We entered the church just as they were starting one of their energetic songs. Church in Uganda is a happy time where they celebrate god. Think sister act, and it has really colourful drapes and a really old PA system. You can see just how much they enjoy their Sundays at church. For many it is their entire social life. Most Ugandans live without electricity in their homes, they have no lights or TV and so it can be a lonely life, until they go to church. You can see just how much it means to them. 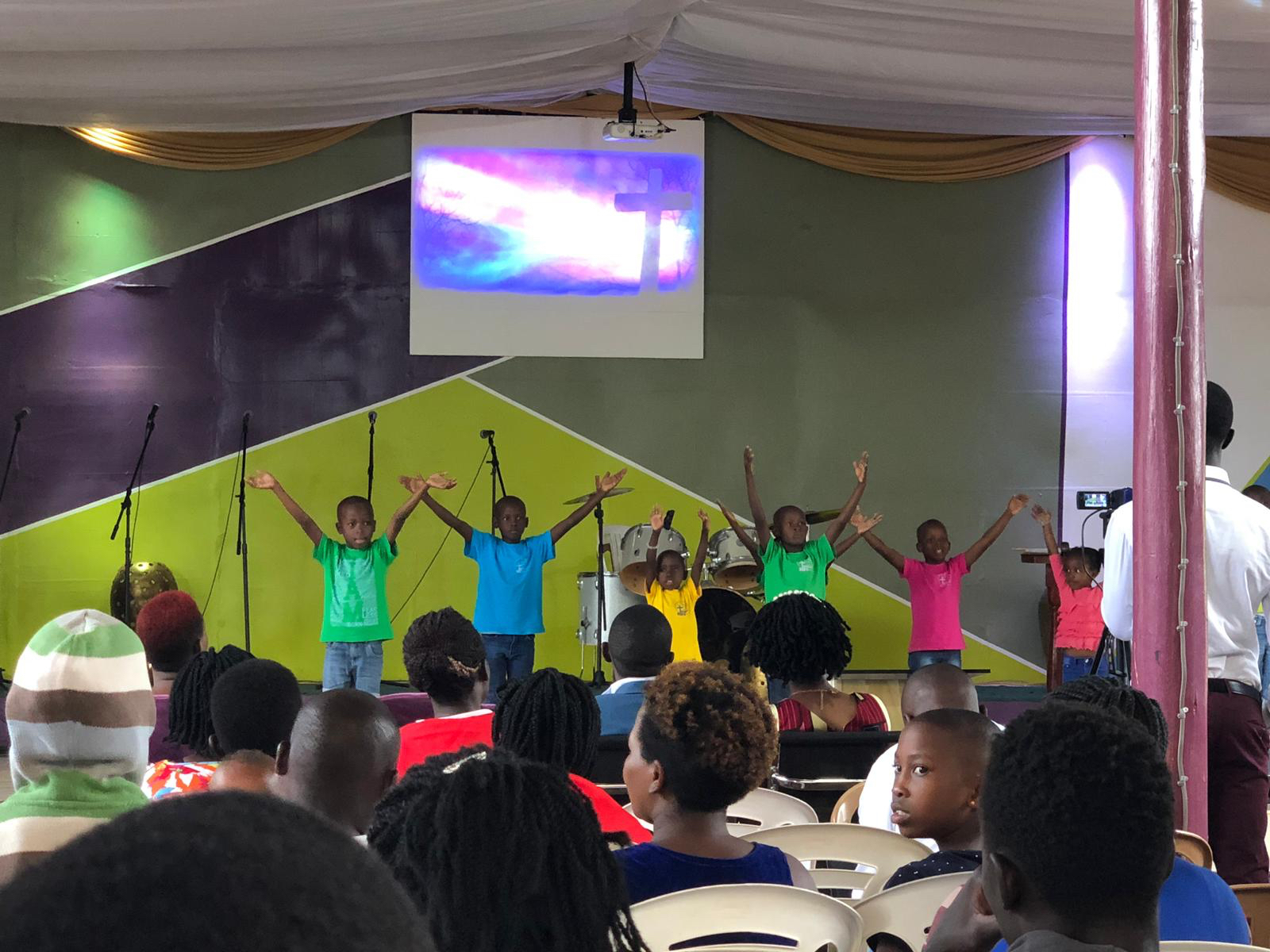 We then spent the afternoon at the house where everyone got to know each other. The kids were so happy to see a new group of faces.

We headed off at around 3pm so we could take the older boys to watch the football for Liverpool’s last game of the season.

We pre-ordered chicken and chips for 11 but in typical Ugandan style, around 15 turned up so it was a quick panic to order more food- which isn’t served quickly in Uganda!

It was a small outdoor bar with a TV screen and a few wooden stools. They were all they needed though, everyone was glued to the screen.

It was an early rise on Monday morning and we were back at the house for a full day of activities. Tripta had brought a mask which could be decorated and since it was Ada’a birthday we let her be the lucky one. 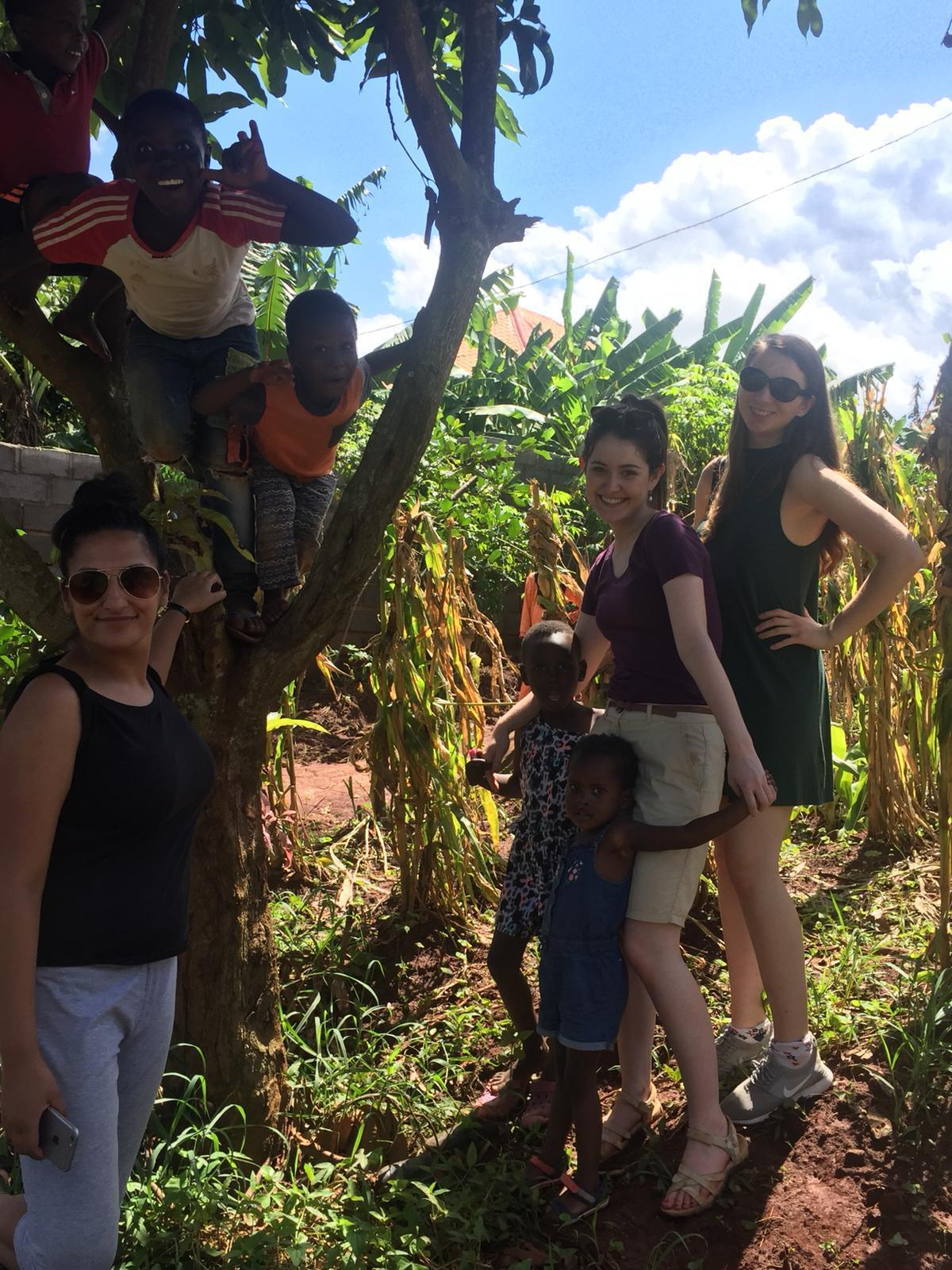 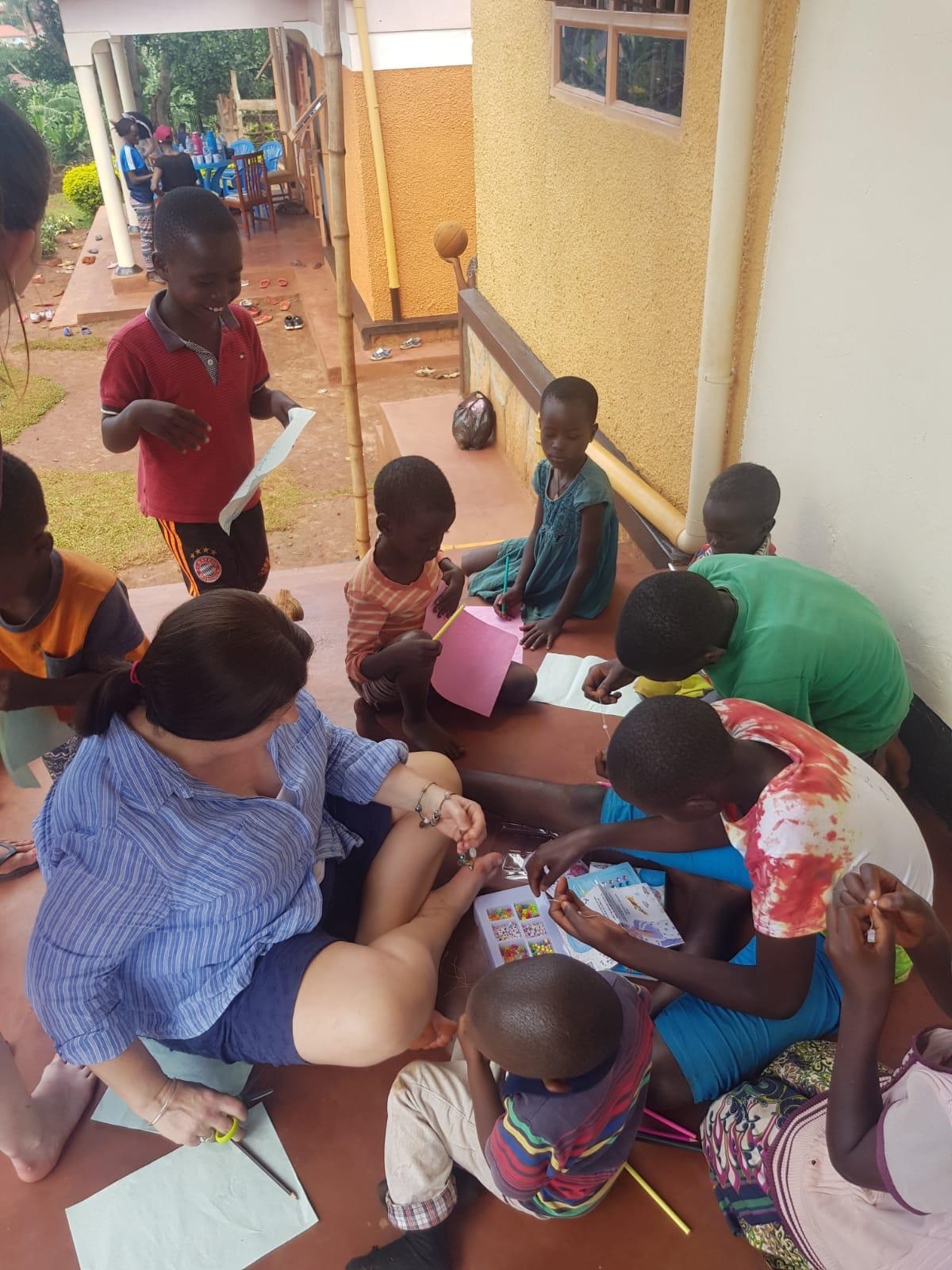 We also had Ola who brought lots of crafts and so within the space of about two minutes she had about 20 children around her. Ola and Tripta gave the children so much fun with their activity, they love crafts.

The boys basketball court was also looking a little worst for wear. The older boys spent most of the day fixing it and Mitchell got stuck right in with them too. 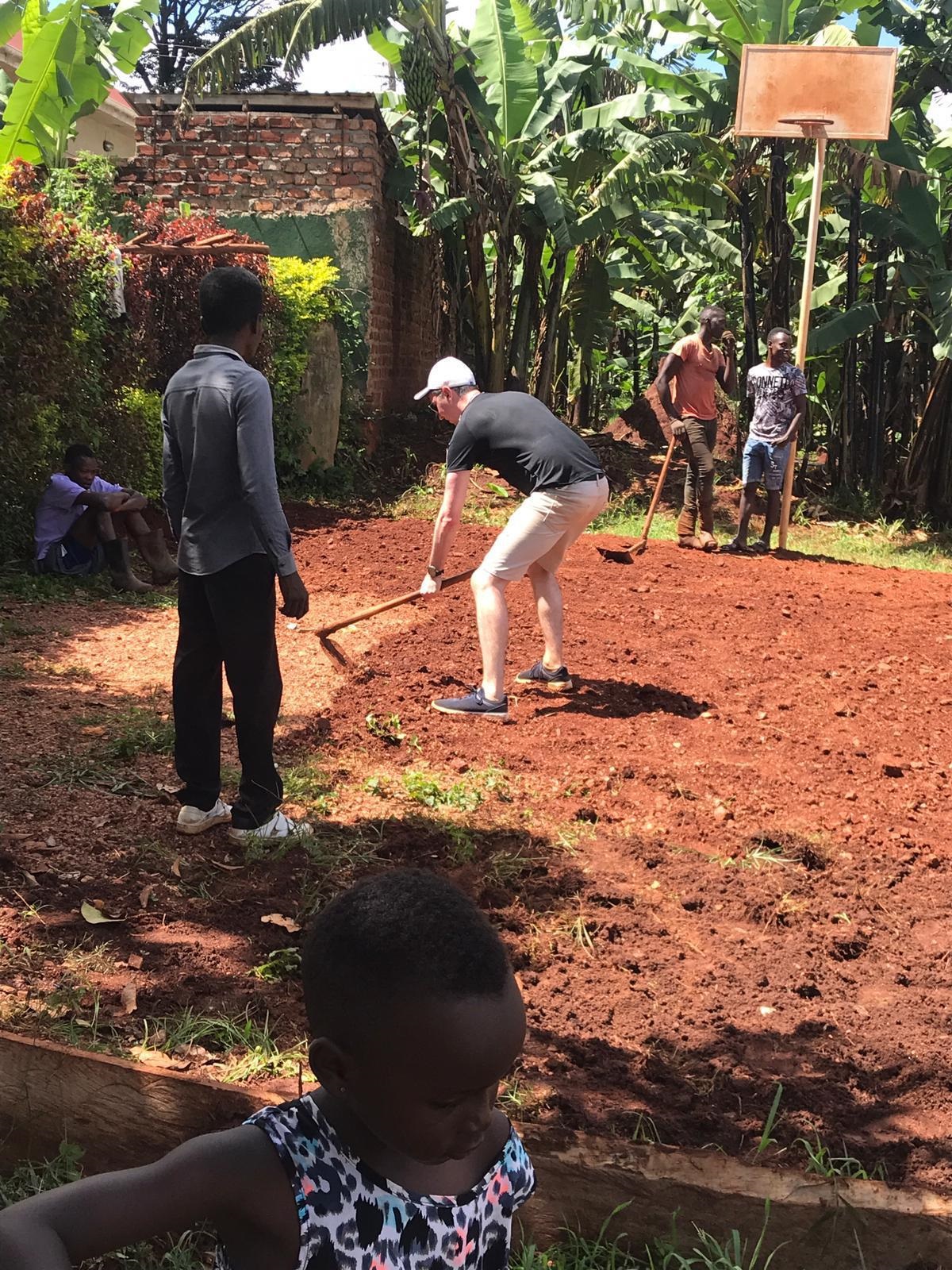 On Tuesday we took the children to the Botanical gardens. Mitchell has organised a football tournament and even had a World Cup trophy engraved with Isaac’s House! As soon as the boys seen it you could see them nudging and whispering that they HAD to win that cup.

Once again in true Ugandan fashion, we expected 40 people – but we were one step ahead and ordered 47 KFC’s ‘just in case’. Guess how many turned up? 47! Phew! 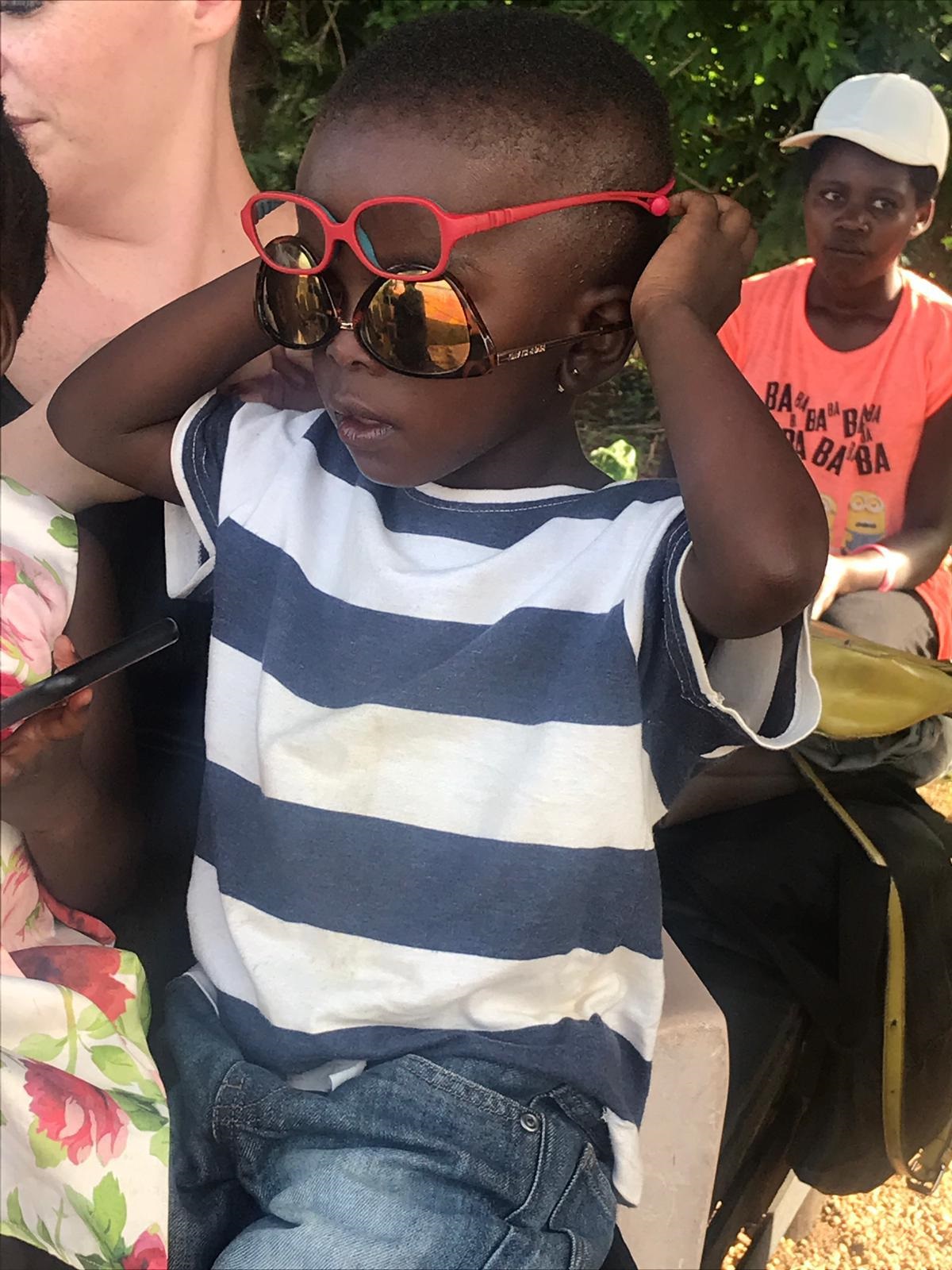 We invite the community to this day too, it’s often they only time they come out and they love being next to the water. The park is situated right next to Lake Victoria. They love chicken and chips and as must as it pains us to see a fast food chain here, it’s the quickest, easiest and most cost effective way to feed nearly 50 people.

As soon as everyone had eaten, the football tournament began. They had a plastic chair either side as goal, and no goalkeeper. They just had to get the ball between the legs.

Also, the ground was a rough surface – and they all played in their bare feet! One team had tops on and the other off to distinguish teams, and off they went. The competition was fierce that was for sure. When someone was close to the ‘goal’ the opposing team surrounded the chair – we wondered how on earth any goal was going to be scored. Our suspicions were true and and hour and 10 mins later – there was still no goal. In the end we had to have a penalty shoot out! You could see the pressure! In the end the side wearing t-shirts won and the trophy was handed to seven clearly elated boys! Mitchel brought 50 medals too you could see the joy when he handed them out. 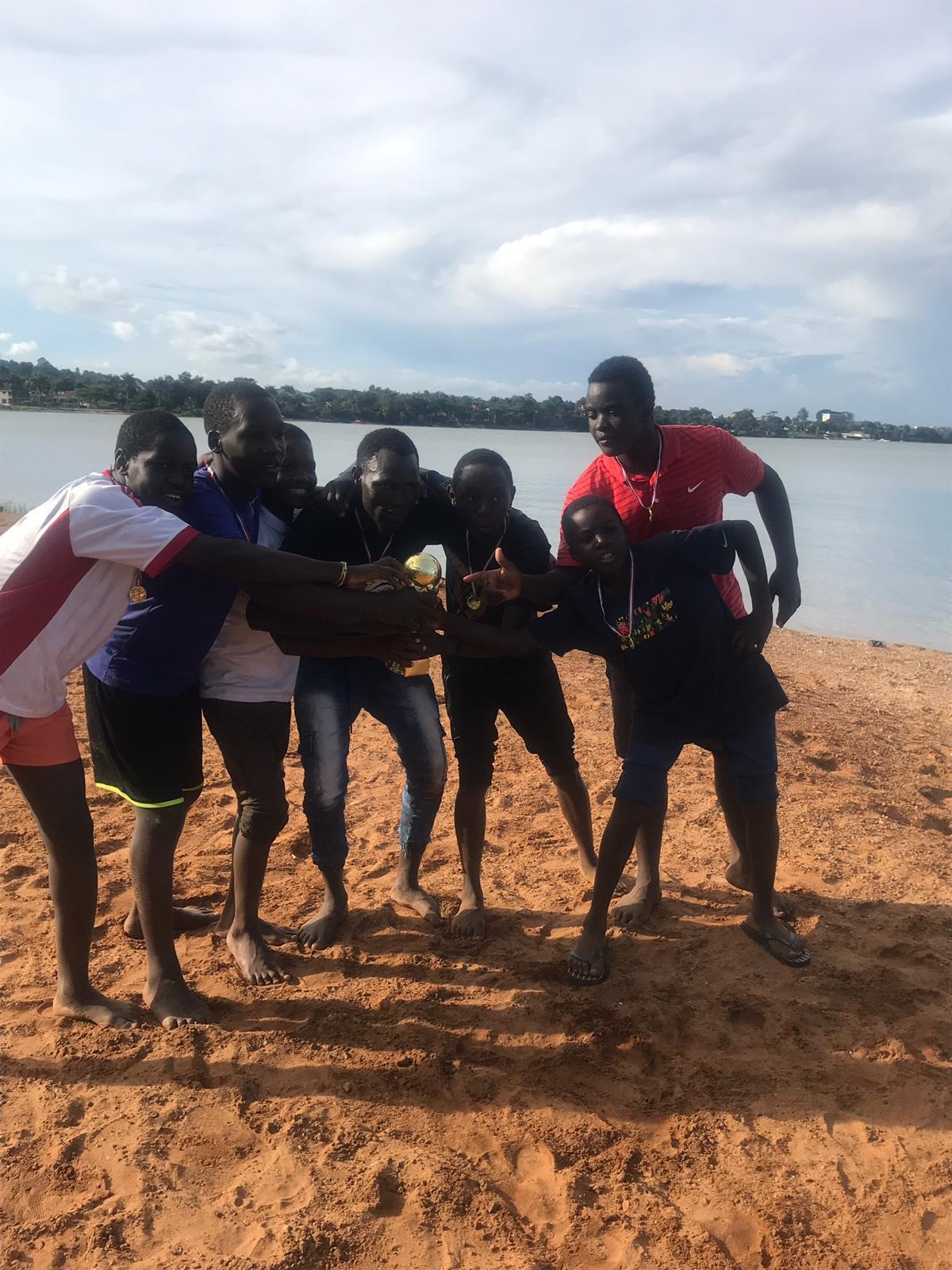 It was a fantastic day and everyone walked home talking about what a great day it had been – and all looking a little sunburnt too.

We look forward to telling you all about the second half of our week. 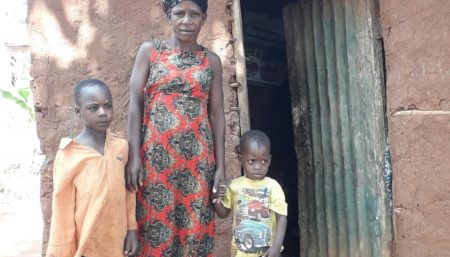 With Uganda continuing its lockdown, many children and families are struggling to survive. Cov-19 is affecting us globally, but as a charity we want to help as many of the vulnerable and families as possible avoid starvation and suffering. 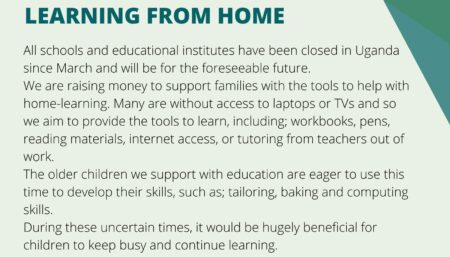 Supporting children with learning from home

All schools and educational institutes have been closed in Uganda since March and will be for the foreseeable future. We are raising money for the tools to support families with home learning. 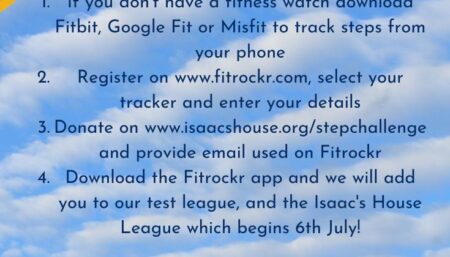 We challenge you to ”step into summer” with Isaac’s House.